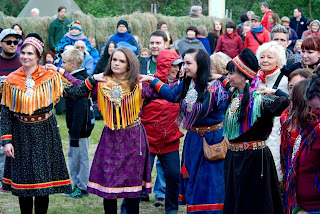 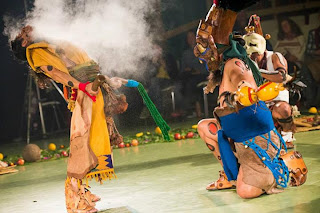 So it is also very powerful to watch the film Biekka Fábmu, which the Festival made about its 20th anniversary in 2011.  It was intended to show a success story - the arrival of Riddu Riddu as a central element in Norway's cultural programme, the integration of indigenous identity into a pluralist social space.  But July 22nd 2011 was the day of the bomb in Oslo and the shootings in Utøya - the day Norway was traumatised into re-assessing its image as an open, multicultural nation.  The Festival Chair's own daughter was on Utøya: she was eventually found wounded but alive.  The Festival ended early, with the concert for that night becoming an act of commemoration and mourning - and a gesture of solidarity amongst those who strive to create an accepting and diverse world.
Posted by Michael Walling at 2:44 pm