Why don't we have an APAM? 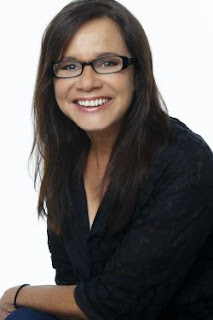 At the closing lunch of APAM, I found myself on the same table as Jane Claire from English Touring Theatre. We'd both found the event incredibly helpful, and wondered why on earth there's nothing like it in the UK. The Arts Council are always talking about "capacity-building" - this would do it. Set up a forum for theatre companies to show and talk about their work, and invite promoters and venues from around the country and overseas. Dead easy. And think how much time and energy could be saved - farewell to so much of that tedious cold calling. Jane says she'll talk to the Arts Council when she's back in England.

Also on the table was Catherine Baldwin from Bangarra. Apparently Amy Hammond, who came to Origins 2009 with Windmill Baby, told her that the one person she had to meet was me - which was nice! I had thought that Bangarra's work was a bit large-scale for us (their last London gig was Sadlers Wells!), but in fact they turn out to have some really interesting projects in development which we could link with. And so do Marrageku. And so do Ilbijeera. And so do Yirra Yaakin. It's kind of amazing.... I email Emma and say that we could do a colossal and amazing festival if we had more resources. She asks how much we need.....

I spent the afternoon with my old friend Rhoda Roberts (in the picture), who used to run the Dreaming Festival - such an inspiration to me in developing Origins. Rhoda updates me on some of the issues facing Aboriginal people at the present, particularly around the ongoing intervention in the Northern Territory, and the big problems over developing culturally appropriate education. Apparently the government is stressing the need for children to be educated for work in something called "the real economy". To provide this education, they need to move away from the communities to "hubs" - which happens to free the land for mining. It's all a bit depressing.

Which said, Rhoda is never one for pessimism. She's been very excited by the Creative New Zealand event at APAM, where even the white CEO made the first part of his speech in Te Reo Maori, and the indigenous protocols were very carefully observed. She talks about pushing to get indigenous language and indigenous protocol into the Australian national identity - not just in terms of Elders doing a Welcome to Country, but white people also recognising that the indigenous culture is the national culture. She's right, of course. I so hope it happens.
Posted by Michael Walling at 12:24 am