Moon on a Rainbow Shawl 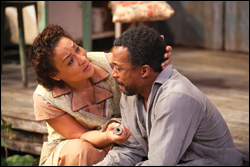 It was wonderful to see this play on Saturday night.  For one thing, I had known the text and its reputation for years, but never actually caught a performance, in spite of chances at the Almeida and Stratford East.  Now it's got a production at the National, and I finally got to see that it's every bit as good as I suspected.  And then some.  The play was written in 1958, only two years after Look Back in Anger - but its portrayal of life in the desperate poverty of Trinidad certainly shows up British plays from the time for the bourgeois whinges they were.  Errol John's characters are struggling to hold their lives together - and have their own idiosyncratic ways of doing so, from the never-ending graft of Sophia, to the opportunistic thieving of Charlie and Mavis selling her body to any passing American sailor.  You can understand why Ephraim wants to leave - and you so want him not to, because he'll only leave more havoc in his wake.

The production is fabulous - tons of local detail, reminding us of Mauritius (Nisha recognised exactly the cookery technique being used by Sophia).  The acting is wonderful - with Martina Laird incredible as the tough and witty Sophia.  And it was great to see my old friend Jude Akuwudike as Charley - here they both are in the picture.  Jude and I acted together in our student days - which seem rather a long time ago now!


Posted by Michael Walling at 6:02 pm No comments: 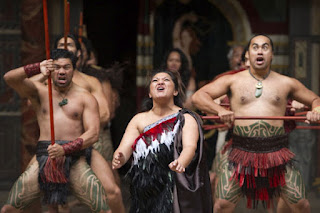 Posted by Michael Walling at 6:25 pm No comments: 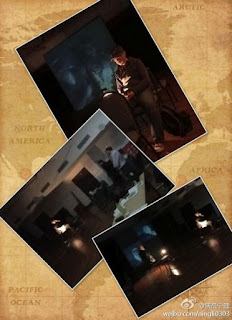 Posted by Michael Walling at 11:26 am No comments: 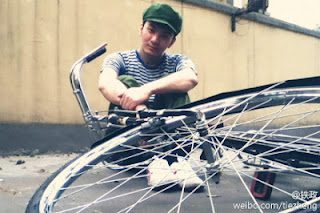 The public workshop with the students in Ningbo was really helpful to us - not least because it showed us some aspects of the play that weren't really hanging together.  We'd been a bit wary of the fact that the play is set in the business world, and opted to make the work-related story about the making of an advertisement, because we felt closer to that world. But the result was that the cultural conflicts we tried to introduce felt forced and artificial - Chinese advertising actually works in a very similar way to Western advertising - it's just that the cultural tropes employed are specific and local - as they would be anywhere in the world.  So there's not enough to hang drama on.  Good to find this out at such an early stage - and good to be pushed back towards the alien world of high finance, which is really an altogether more meaty prospect at the current moment.  We've been looking at characters caught up in a web of inter-personal connections - and, of course, they are also caught up in the complexities of the financial system.  The complexity actually is the point.  I send out some emails to various contacts who know a bit about Sino-British financial relations.  Very pleased to see that they are willing to have their brains picked.  I don't think this strand of the play is something we can create through improvisation during the current workshop - we need to put it on ice and collaborate on a writing process after the research work has been done more fully.  We know the function of the scenes in terms of the personal stories we want to tell - now we need to bring in another level.

Yesterday was spent filming some scenes which we're planning to project in the final production.  We brought in two young actors - Tie Zheng and Zhang Ying - to play younger versions of Li and Hui's characters.  Ying even looks rather like a younger version of Hui, and she has the same ease of access to her emotions - the parting scene is beautiful and very moving.  Great to bring some younger people into this process, especially after the very fruitful encounter with the students in Ningbo.  Roshni Mooneeram, our former board member who now teaches there, tells me that they always seem to be "unlocked" by our drama workshops there.  That, of course, is what theatre is for.....

Posted by Michael Walling at 4:14 pm No comments: