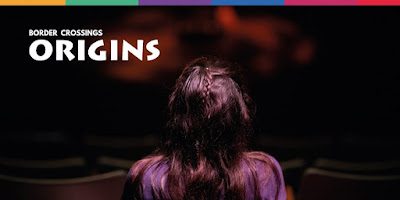 Among the many impacts of the Covid19 pandemic is the moving of festivals to online venues.  Starting on 13 May 2021, this year’s ORIGINS Festival of First Nations will begin with a series of digital events. Previously, the biennial festival has brought Indigenous artists and thinkers from around the world to perform and present in London. Before the pandemic, an exciting programme of events over a period of about two months provided audiences with opportunities to enjoy and engage with music, theatre, dance, talks, films and other media in venues as diverse as the British Museum, Rich Mix and public parks. The festival not only begins with a ceremony informed and largely led by Indigenous participants but also includes many performances inspired and informed by Indigenous ceremonial repertoires and or sacred knowledges. In addition to be hugely enjoyable and profoundly educational, ORIGINS has been an exciting site for my research about religion. The 2021 ORIGINS Festival promises to be similarly inspiring and provocative.

You can find plenty of information about this year’s year-long ORIGINS Festival of First Nations – and about previous festivals – in the organising company’s website and in social media. The opening event on May 13th includes an online performance of the short play, Katharsis, by Yvette Nolan (Algonquin, Canada) – billed as “a digital love letter to a theatre left empty by the pandemic”. The festival continues with a series of talks by Indigenous writers (poets, environmentalists, and a horror novelist) addressing the three main themes of this year’s festival: Covid, Climate Change and Colonialism. As the festival continues throughout 2021 and into 2022, live, face-to-face performance-based interventions in public spaces are planned. Some will move beyond London, including a journey of a Totonac artist’s totem carving to the COP26 climate talks in Glasgow this autumn.

In addition to contributing to dialogue with some of the Indigenous presenters and performers, my involvement with the festival involves research focused on dynamic interplays between ritual and performance, and celebration and decolonisation. The first of these seeming contrasts is a classic issue in the study of religions and related disciplines. Some scholars have insisted that theatrical performances are different from religious rituals in several ways. Rituals, it has been claimed, do not have audiences, only participants. They carry and convey serious meanings rather than offering entertainment. They do not encourage improvisation but should follow established traditions. Each of these (and other) comparisons have been challenged and the inadequacies of their underlying assumptions often rejected. More recent studies of both theatre and ritual have reflected deeply on their commonalities. This is improved understanding of and debate about the ways in which people improvise when they get involved in religious rituals, making them part of contemporary lives in one way or another. We might also play with phrases like “suspension of disbelief” and “make-believe”, sometimes used in relation to theatrical performance to think about what happens when people do ceremonies.

All of this is useful to students of religion in reconsidering some key terms and debates in our discipline. But what happens at the ORIGINS Festival suggests that another phrase might be more useful: “world making”. Performers, artists, film-makers and speakers raise important issues and proffer powerful suggestions about ways of tackling the contemporary challenges. In various ways, audiences are invited to set aside colonial and romantic perspectives and to reflect on how things might be different. They are challenged, explicitly or implicitly, to consider the legacy of European historical, cultural and religious processes, and especially to re-imagine communities that embrace rather than exclude Indigenous peoples and the larger-than-human world. There are, then, religious and political world-making projects braided in with the enjoyment of rich cultural events. If the world is, as many Indigenous people insist, made up of multi-species communities, then the solutions to pandemics, climate crises and colonialism have to involve the needs of all living beings. My research at ORIGINS and other Indigenous festivals leads me to think that we could expand our notions of religion and democracy to embrace many more participants than just us humans.

Graham Harvey is Professor of Religious Studies at the Open University

Posted by Michael Walling at 4:30 pm No comments: