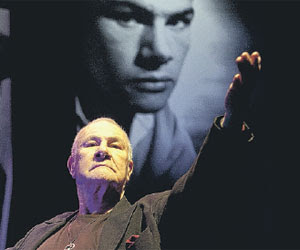 The Festival opened on Tuesday with an incredible night at Rich Mix. Traditional blessings from Gloria Alcozer and Toi Maori (even though the latter had only just got off their 22 hour flight!), amazing Polynesian food from Joylene Fenikowski, a great series of talks and films - all punctuated with the haunting music of Kelvin Mockingbird.
A few responses: "a superb evening. I thought it was really beautifully put together, the format was really successful, delicious food, a lovely warm atmosphere and inspiring stuff to get everyone raring to go for the next two weeks!"
"I just wanted to drop a line this morning to say that I have thoroughly enjoyed the evening last night at the opening of your festival and it made me realise to what extent this festival is beautiful. I am really impressed at all the First Nations that you have been able to gather and their professionalism. Their conversations were really interesting!"
"Great spirit last night."
And it was all filmed for BBC2!
Wednesday saw the start of Marie Clements' workshop, which is by all accounts totally amazing, and the Origins Lecture at Gresham College, which was packed out, and really got the debate going.
Tonight we open Noel Tovey's Little Black Bastard at Rich Mix. Can't wait!!
Posted by Michael Walling at 11:25 am 1 comment:

One more day to Origins! 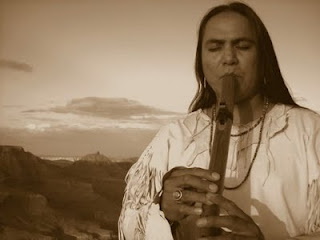 The Festival starts tomorrow, and there's a lot of frantic activity around the company. In fact, I'm the only person left in the office, putting the final touches to the Lecture for Wednesday night, and thinking through how to introduce everybody tomorrow. Our opening event is intended to be a sort of taster menu for the Festival as a whole, so there will be bits of music, short films and a series of conversations - plus the traditional blessings. It's also the private view of Rosanna's exhibition, and it's going to be televised by Wall-to-Wall - so it's quite a night.

Noel Tovey arrived a week ago: when you're in your 70s it takes a bit longer to get through the jet-lag. Otherwise people have been pouring in over the last couple of days, from the States, Canada, New Zealand, the Pacific. I'm especially excited to see Kelvin Mockingbird (pictured) again - after the incredible experience of working with him at Tahoe in 2008, and finally to meet one of the heroines of the indigenous stage, Marie Clements (pictured).

The publicity is really building too - New Internationalist have posted a piece I wrote, and the Twittersphere is buzzing.... there was a plug in the Guardian Guide, and Chuquai and I did Inspirit on Radio London on Sunday! (If you want to listen, we're 2 hours 40 into the programme)! 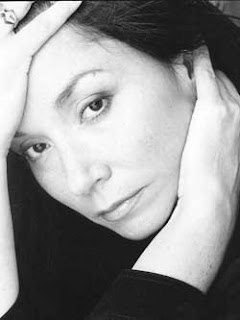 See you at Rich Mix during the next couple of weeks.....
Posted by Michael Walling at 4:06 pm No comments:

Origins is coming next week!

Lance, Shelagh and I were at a reception at New Zealand House last night. It brought home the fact that Origins is coming along rather soon!

Rosanna Raymond, who will be our commissioned visual artist for Rich Mix, was there, as was Jo Walsh from October Gallery, where the Current exhibition opens tomorrow. There were people from our partners at City of London Festival, and a performance by the London Maori, Ngati Ranana.

The Maori performance sat strangely in the penthouse of the High Commission. I was chatting to some of the artists afterwards, and they said that the energy of kapa-haka depends very much on a connection with the earth. And there we were on the 17th floor, staring out over serious London greyness. Hopefully by July 3rd the weather will be glorious and we can all enjoy Maori ceremony and performance in the open air on Hampstead Heath!

I met Noel Tovey at the airport on Sunday morning. What a remarkable man. He lived in London for 30 years, not really acknowledging his Aboriginality, but slowly came to a realisation of the importance of his identity, which took him back to Australia, back to his own people, and into a new life of arts for social good, including scholarships for young Aboriginal performers and work with Aboriginal young offenders. His production of Midsummer Night's Dream for the Dreaming Festival is legendary. It's a great privilege to collaborate with him as he returns to London to tell his life-story. He tells me that it was something he had to do. Part of a homecoming process that works in both directions.
Posted by Michael Walling at 4:14 pm No comments: