I don't often fly to Europe for the day, but when a theatre like Hamburg's Kampnagel calls, you tend to go! Helen and Dani from the Indigeneity project and I went out there to talk about another indigenous festival, being planned there for next year. I first got wind of this when Rosanna Raymond introduced me to her friend Yuki back in September. Yuki is collaborating with the Kampnagel's Artistic Director, Amelie Deuflhard, to bring a range of New Zealand and Pacific work to Germany during 2013. Even better, the dates are close to the ones we have in mind - so it looks like we can share some artists, and really make the most of the intercontinental airfares.
The venue is stunning: no fewer than six theatre spaces in a converted crane factory, plus huge public areas. There's a deliberate roughness, with bare walls - it's functional and tough, without a hint of luxury. And yet you can really feel the possibility of celebration there. For Amelie, like myself, exchange between artists and between artists and communities is central to the idea of a festival. I wonder if we might be able to do even more than share artists - perhaps we can develop some of the work in collaboration???
Our Māori Heritage Project is entering its last stages; and on Tuesday night Joel, Gabrielle and I went along to Ngāti Rānana at New Zealand House to recruit likely interview subjects for the Oral History work. Gabrielle and Rosanna have been working with young people in schools on Māori culture, including visits to Hinemihi and the British Museum, and now they are ready to talk to some elders about the experience of migration and making a life in the UK while sustaining a Polynesian culture and identity.
This week we said goodbye to Aike Broens, our Dutch intern, who has been a great help to us in the office for the last five months. Her internship was part of her college work, so it was important to structure it towards learning outcomes - Carissa did that brilliantly, so we got the most out of one another! Here's part of Aike's report on her time with us, which includes a sneak preview of some future work....
"Since the development of the [mentoring] project alongside the new theatre production called Consumed started when I first came in I could be part of almost every stage of its development. I was given so much freedom and responsibility I actually experienced what it was like to set up a project from the beginning. The general idea for a mentoring project with both Chinese and English young people was already there but the rest still needed to be filled in. And so I designed and developed most of the content of the project alongside Carissa. I actually thought of the name ‘The Flip Flop Scenario’. It started with research into the Chinese community, research into other linked projects and research into funding possibilities. Then we set up the basic description, the aims and the budget.... Then we worked on the things that were still missing such as an education pack and a case for support. Carissa let me do the first thinking again and we discussed the content of each product and then I started working on it. I learned to be very independent and to follow my own instinct but also be able to get criticism and improve my work. When leaving the company I felt that Carissa and I really left a good project outline for the company to continue and I can actually see what my influence was and put a stamp on it in general."
Thanks Aike - we will miss you!
Posted by Michael Walling at 4:28 pm No comments: 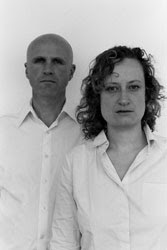 Of all the funders present, it was actually the EU Culture Programme which seemed to me to offer the most progressive and exciting models. Perhaps that's why they supported our biggest project yet. There are many pitfalls around European bureaucracy, but somewhere at the heart of it there is a trans-national idealism of intercultural collaboration which we have to access and capitalise upon.
Posted by Michael Walling at 5:21 pm No comments: