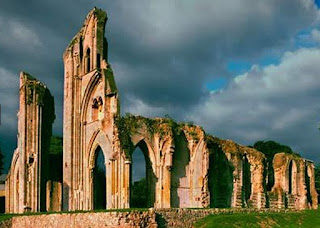 I've just spent a week in Montréal, thanks to a grant from the British Council and the Québec Government, who are looking to build artistic and cultural collaborations.  It's a fascinating space for anyone working in intercultural and multicultural performance.  The Francophone Québecois, fiercely proud of their identity, clearly regard themselves as a minority with a drum to bang within the predominantly Anglophone Canada.  The Anglophones in Québec, in turn, are officially classed as a minority.  So that means the two dominant cultural groups are both minorities.  Which doesn't leave all that much room for the minority minorities.

I'd been to the city several times before, particularly to research indigenous work for ORIGINS, and the First People's Festival, Présence Autochtone, is a longstanding ally.  This year the Festival took advantage of my trip, and made me one of two visiting professionals to talk about our work (the other was Jerker Bexelius from the Southern Sámi Cultural Centre in Sweden).  As so often, there was some bemusement, even suspicion, from the indigenous audience as to why a British organisation should want to curate a Festival of indigenous cultures in London - a suspicion that soon disappears when they hear about the healing agenda in what we do, and the positive value constantly placed on the global indigenous movement.

As I spoke about the real need we have in the UK for the positive models that indigenous culture can offer, the Festival Director André Dudemaine remarked that this was like something Jean-Paul Sartre had said during the Algerian War: that the Algerians were not only fighting to free themselves from colonisation - but that they would also liberate the French.  A people cannot be free while it continues to oppress others.  It was a characteristically astute observation, and it also made me realise that, while many First Nations are quite resistant to the Québecois agenda, indigenous Francophones like André inevitably read their position in relation to a French discourse. Until then, I had always thought of the Festival's name as a simple statement of "We're still here" - but I now realise that it relates to a whole tradition of resistance to colonialism.  Présence Africaine, to which I now realise the name alludes, is a pan-African magazine, published in Paris since 1947.  As an exhibition at Montréal's Musée des Beaux Arts reminds me, it was crucial to the development of Négritude, and Picasso provided illustrations, working alongside Aimée Césaire and Léopold Sédar Senghor.  Sartre and Camus contributed too - even négritude was not separatist, and embraced its allies.

There are allies for the First Nations in Montréal too.  I got to meet Rahul Varma, a playwright and producer who runs Teesri Duniya Theatre (it means "Third World" in Hindi), and who set up the fascinating magazine alt.theatre.  Rahul's company produces a wide range of plays, characterised by a global perspective that links specific communities in Québec with the international.  That has included First Nations, as well as refugees, Palestinians, and people involved in both the Rwandan and Armenian genocides.  I met Johanna Nutter, who is working with First Nations visual artist Nadia Myre as a way to develop artistic practice and cultural reach for both of them.  I met Michael Toppings, whose organisation MAI offers space and support for a whole range of diverse artists.

And yet....   It feels like there's a very long way to go.  When André and Rahul talk about the very low levels of funding and press coverage they are able to access, it doesn't sound like sour grapes - it sounds real.  When the agenda of the provincial government is to promote what it regards as a minority (the Francophones), then it's much less likely to open up to other minorities.  There's no doubt that Montréal is a global, intercultural city - but its arts funding structure and its press don't really reflect that as yet.

I had a wonderful evening with Yves Sioui Durand and Catherine Joncas, the founding Artistic Directors of Ondinnok, who came to the very first ORIGINS Festival in 2009 to lead a workshop around their Theatre of Healing work.  Yves cooked salmon and wild mushrooms, and we talked about their astonishing work.  But they were also clearly under a cloud - and it was a cloud cast by two great Francophone theatre-makers who they had regarded as their allies and friends. They are also two theatre-makers whom I admire immensely, and have been privileged to meet and talk with over the years. Ariane Mnouchkine and Robert Lepage had decided to work together to create a piece called Kanata, in which the story of Canada's First Nations would be told.  The only thing was - there were no First Nations people involved, either on stage or in consulting roles.  There was, of course, a protest, and the production has now been cancelled.

For Yves and Catherine, it feels very personal.  Yves worked closely with Robert on his previous production about Edmund Kean and First Nations, Alanienouidet.  Yves and Catherine worked twice with Ariane at the Cartoucherie, helping her company in rehearsals, for example on Le Dernier Caravansérail.  I find it difficult to understand how two such creative and aware people, who already know First Nations artists of this calibre, could not have realised that people would be upset by their decisions.  I do not believe in essentialism - in the theatre or anywhere else: it is nonsense to say that only Chinese people can talk about China or African people about Africa.  But globalised, multicultural, post-colonial spaces require globalised, multicultural, post-colonial dialogues and collaborations in order to achieve the complex art that can reflect their kaleidoscopic realities.  It isn't enough for those of us from the former colonial powers and the settler communities who see ourselves as allies of the colonised to represent them and to tell their stories on our stages.  They will still be our stages, and the action of representation so comes to reinforce rather than undermine the imbalances of power.  Our stages, like our cities and our politics, have to be shared.

[Research trip supported by the British Council]
Posted by Michael Walling at 11:36 am No comments: