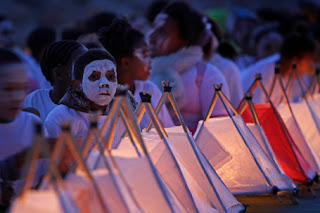 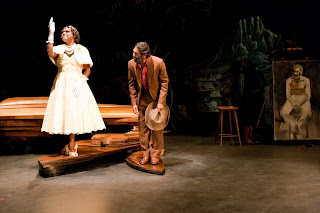 Namatjira is also about this idea.  A great Aboriginal artist, Albert Namatjira was regarded as fit to sit alongside white Australians (and was the first indigenous person to become a citizen of his own country) because he painted in a style which could be recognised and understood by Europeans.  But that does not undermine the indigenous sensibility in what he did.  If you see his work at the Royal Academy, it leaps out from the European imagery around it, demonstrating a completely distinct approach to landscape, colour and the spiritual life and energy of country.  He stood in a continuum of ancient culture - but made it of the moment when he lived, intersecting with the wider world, utterly new and unique.  I suppose that's the essence of creativity.
Posted by Michael Walling at 3:23 pm