The Gospel According to the Other Mary 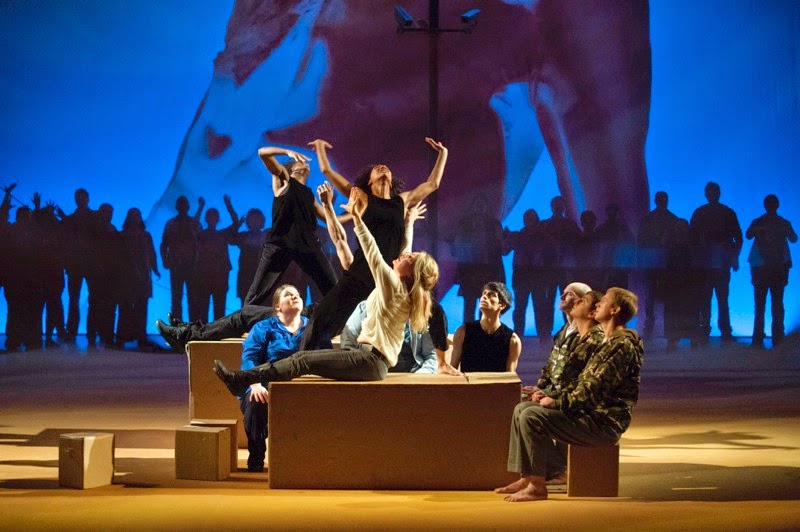 As people who've been reading this blog for a while will know, I should declare a bit of an interest in the operas of John Adams.  I first got to know Peter Sellars by assisting him on Nixon in China at the ENO.  That led to me reviving that piece, both there and in Athens, and to Peter becoming the Patron of Border Crossings.  His presence in London has given us chance to catch up a bit about the company's activities, and I've been able to pick his teeming brain.  So, if I sound almost insanely enthusiastic about the new opera that Peter has created with John, you could be forgiven for thinking that I am biased.  But somehow, I think it's more than that.  I think this is a very, very important work.

At the Millennium, Peter and John created a piece about the birth of Christ - El Nino - the radical idea being to look at what it was actually the 2000th anniversary of....   That piece combined the Biblical narrative with contemporary texts, mainly from women writers in Latin America.  The Gospel According to the Other Mary has many similarities: this time the women's voices are more from the US itself (apart from Rosario Castellanos), and this time the narrative is the Passion.  Given that Peter has recently staged both the St. Matthew and St. John Passions - he knows the story.  But it's one thing to explore classic works that draw off a Christianity that was shared by the society from which they sprang: it is quite another to create a new piece of sacred music theatre for a globalised age in which religious belief is at best marginalised, at worst viewed with scorn and derision by the "rational" intellectual establishment, headed by Richard Dawkins.  But it is the logical development of all that Peter and John have been doing for years.  Even Nixon, which appeared on the surface satirical and driven by the news agenda, slowly melted into a profound and complex meditation on death, the transience of human life, and the constant potential for renewal contained in both spiritual and political processes - indeed, it made a powerful case for the regeneration of the political through the spiritual.  The Death of Klinghoffer, their piece about the Israeli-Palestinian conflict, was similarly informed, and in some ways resembled a Bach Passion in its structure.  It comes as no surprise to learn that Alice Goodman, the librettist of these earlier pieces, is now a Church of England priest.

If I have one criticism of the new work, it is that I miss Alice's voice.  The libretto, assembled by Peter as a collage of texts, is certainly rich and resonant, but perhaps lacks the sense of a narrative drive and cohesion that both the music and the production have in spades.  It's something we address all the time in our own work - how do you balance unity and diversity, the power of authorship with the acknowledgment of the multiple voice? 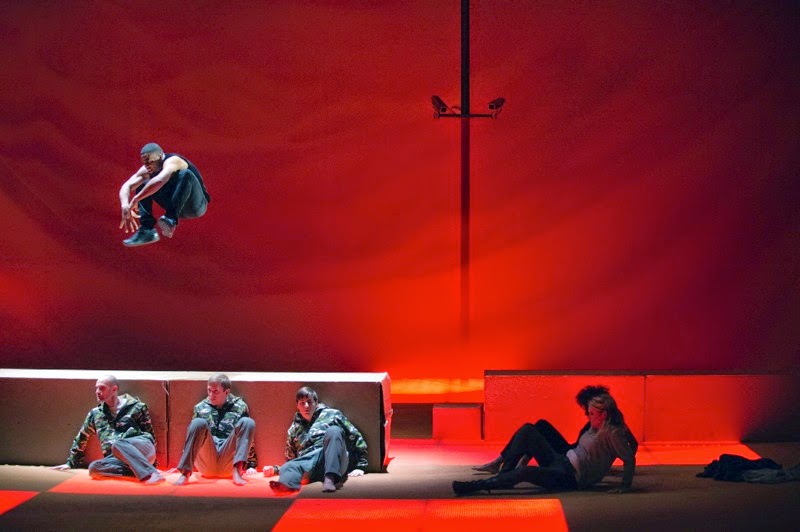 Which said, Alice's absence from the project allows it to admit the voices of some other truly extraordinary women, and in particular the indigenous voice, which has long echoed in Peter's work, and of course is crucial to our own through the Origins Festival.  The libretto includes texts from Rosario Castellanos, who spent much of her life working with the indigenous people of Chiapas in Mexico - the same indigenous people who have gone on to lead the Zapatista rebellion.  It also includes the poetry of Louise Erdrich, whose Native American voice is at once brutally honest and deeply engaged with the natural world.  For indigenous culture, concepts like resurrection, which westerners find laughable, are built into the workings of the world.  And so the resurrection sequence of this Gospel begins with the fact that the spring regenerates the world.  In Louise's words:

"The tiny frogs pull their strange new bodies out of suckholes."

The indigenous voice, and other voices of the marginalised, serve to locate this Gospel alongside social activism in the contemporary world.  There are allusions to drug rehabilitation, to the bonded labour of Hispanic migrant workers in the US of today, to César Chávez and the United Farm Workers' 100-mile march.  There is the presence of African-American street dance - an art form of urban protest if ever there was one.  The Mary of the title is an amalgam of Mary Magdalene and Mary of Bethany - but what matters about her is not so much that she is Mary as that she is Other.  It is at the edges of society - where people have lost everything, where there are no daily comforts to sustain the illusions through which life is endured in late capitalism - it is there, this opera asserts, that the miracle can occur.

"I will drive boys
to smash empty bottles on their brows.
I will pull them right out of their skins.
It is the old way that girls
get even with their father -
by wrecking their bodies on other men." )

and to the intimations of redemption offered by Jesus.  I had worried when I heard that Jesus was never seen as a character - this could very easily go into Ben-Hur style "Let us not approach the sacred" - but in fact the production constantly plays with the whole idea of incarnation as expressed in performance, with the singers shifting in and out of "character", each being doubled by a dancer, and frequently taking the words or presence of Jesus into other bodies.  This means that you get a very strong sense of his living, embodied presence - in fact more so than you would if he were played by a single performer.    The sexual charge generated between Mary and the various manifestations of this living and dying body are incredibly forceful in both the music and the staging - especially in the colossally talented New York street dancer Banks.  What is evoked in this energising of the space between bodies is the presence of logos - not in the Authorised Version's sense of "word", but as Erasmus more accurately translated it - "the conversation".  "In the beginning was the conversation....  the conversation was made flesh and dwelt among us".

In this production, music, the body, set and light are all in constant motion.  As in life, nothing every stops.  It evolves.  And so we receive an incredibly powerful sense of a grace that does not dwell in a received and immutable doctrine, but in the vibrant interchanges between distinct and diverse beings, alive in thought and word and breath and body.
Posted by Michael Walling at 12:33 pm

Beautiful! I wish I could get to see it. I only saw a bit of rehearsal in L.A. a long while ago... If you see Peter, please give him a big hug from me!

And I hope our paths cross again soon, not necessarily in Palestine... :-)

What a superb, thoughtful and penetrating response to a fascinating work. Thank you, Michael.