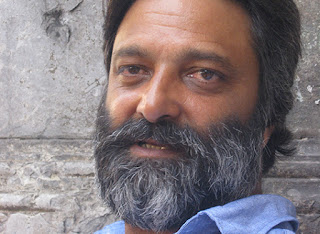 Back in 1990, I took my parents to see Tartuffe at the National Theatre. It was a long way from the powdered periwigs and camp capering they had expected. This was Jatinder Verma’s production - the first by any non-white director at the National - and he had, characteristically, set it in 17th century India, and employed an acting style to match the transmogrification. Mudras and accented English offered a perfect parallel to the manners of Moliere’s France, the body language as coded as traditional Asian theatre, the rhyming couplets as sing-song as the “Binglish” delivery that Jatinder drew from his performers.

Jatinder’s presence on a National stage was not simply a progressive gesture by Richard Eyre, embracing the changing ethnic and cultural make-up of 20th century Britain.  It was a statement of intent, from both directors, as to what cultural diversity ought to mean. Jatinder didn’t direct a play from India, or one dealing with Asian people in Britain (although he certainly can do both, and frequently has with Tara Arts). On the National stage, he laid claim to a European classic - and he has many times applied his resolutely distinct Asian style of performance in that genre, including Shakespeare as well as Moliere. He has always been incredibly bold: he states his right to address “our” classic texts, and to do them in his own way. His productions are absolutely about cross-cultural dialogues and interactions - but they emphatically refuse assimilation.

It’s a stance we really need at the moment. Thirty years on from that memorable Tartuffe, the National, and the arts in general, are apparently far more “diverse”, with black and Asian people engaged, and often leading, right across the sector. It’s undoubtedly positive that the arts and culture are more representative of the society from which they emerge. But I can’t help feeling that a lot of this apparent “diversity” is - literally - skin deep, and that people of colour are performing, both on and off stage, in exactly the same way as their white counterparts. I recognise that second and third generation migrants may well feel themselves to be as fully British as white people - but that doesn’t stop me questioning whether it is really “cultural diversity” if the cultural product itself remains essentially unchanged, and therefore the cultural and social assumptions remain intact. It’s very rare nowadays that we see anything as bold, as challenging, as Jatinder’s confrontations with the classics.

Over the years, he has become a friend and an ally. We’ve co-produced CONSUMED with his company Tara Arts, and will be presenting THE GREAT EXPERIMENT in their beautiful new theatre in February. Jatinder and I have had many conversations about the arts landscape, about theatre in Britain, India and Africa, about the politics of the aesthetic. I was genuinely shocked when he emailed on Tuesday morning to say he would be stepping down from Tara at the end of the year.  It feels like the ravens leaving the Tower of London - the company he has run since 1976 feels totally synonymous with him.  I hope we’ll still be able to see his work and to hear his voice: he stands against the blandness and sameness, the complacency that can so easily creep into our art form.
Posted by Michael Walling at 1:21 pm